Thank you for your response to today’s single Pulse question.

Q. Will you be voting tactically in the upcoming election?

The results are in: 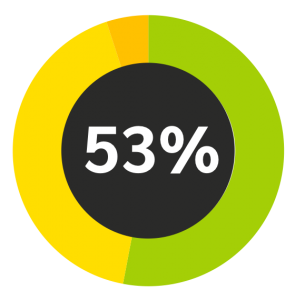 So, the majority of respondents, 53%, (by 11 percentage points), are saying their vote will be a tactical one.  This means that individuals are choosing to cast their vote for a candidate they wouldn’t normally support to stop an undesired candidate from winning.

Some of the comments our Pulse Check respondents gave:

“I will vote against the Conservatives and against Jeremy Corbyn as prime minister. Who I will vote for … still to be decided”

“Because the idea of voting for the Conservative party (which I have done all my life) with its hard line on Brexit and the disingenuous Boris Johnson in charge is now abhorrent!”

“For me, it’s about Brexit and having a ‘People’s Vote’!”

We live in interesting times.

For more information on the business of tactical voting we have two links from two viewpoints here:

Whatever your political persuasion, here’s to a fair result.

This website uses cookies to improve your experience while you navigate through the website. Out of these, the cookies that are categorized as necessary are stored on your browser as they are essential for the working of basic functionalities of the website. We also use third-party cookies that help us analyze and understand how you use this website. These cookies will be stored in your browser only with your consent. You also have the option to opt-out of these cookies. But opting out of some of these cookies may affect your browsing experience.
Necessary Always Enabled
Necessary cookies are absolutely essential for the website to function properly. This category only includes cookies that ensures basic functionalities and security features of the website. These cookies do not store any personal information.
Non-necessary
Any cookies that may not be particularly necessary for the website to function and is used specifically to collect user personal data via analytics, ads, other embedded contents are termed as non-necessary cookies. It is mandatory to procure user consent prior to running these cookies on your website.
SAVE & ACCEPT