The Paranoia of Average

Our latest interview – The Paranoia of Average: – is with Mitch Kaye, Co-founder & CEO, The Academy.

A total honour to catch up with Mitch this month. Loved hearing what makes him tick, how he approaches leadership and what lessons he has learned over his time at the help of his award winning agency. 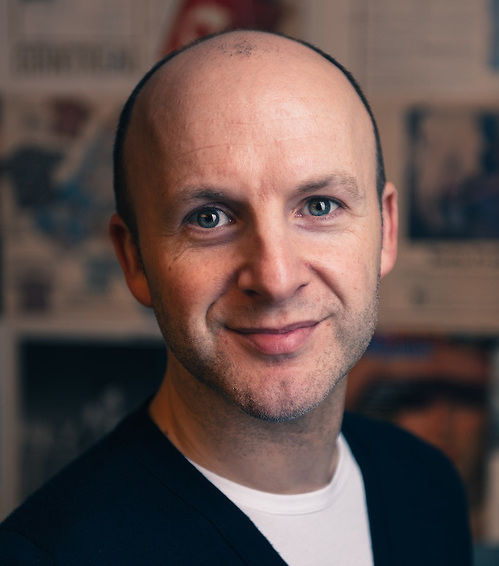 Mitch Kaye began his career in the BSkyB press office, before joining Shine as their 7th employee. After spells at MacLaurin and Geronimo he returned to Shine as a Director, before leaving to set up Mischief. Together with Dan Glover, he built and subsequently sold Mischief to Engine, before leaving two years later with Glover to launch The Academy. When not working or spending time with his family, Mitch is likely to be watching or thinking about football.

If you are a business owner or leader in an organisation and you would like to be interviewed for the Q&R Listen.Better vodcast series in 2021 please do get in touch for an initial chat: tellmemore@questionandretain.co.uk

This website uses cookies to improve your experience while you navigate through the website. Out of these, the cookies that are categorized as necessary are stored on your browser as they are essential for the working of basic functionalities of the website. We also use third-party cookies that help us analyze and understand how you use this website. These cookies will be stored in your browser only with your consent. You also have the option to opt-out of these cookies. But opting out of some of these cookies may affect your browsing experience.
Necessary Always Enabled
Necessary cookies are absolutely essential for the website to function properly. This category only includes cookies that ensures basic functionalities and security features of the website. These cookies do not store any personal information.
Non-necessary
Any cookies that may not be particularly necessary for the website to function and is used specifically to collect user personal data via analytics, ads, other embedded contents are termed as non-necessary cookies. It is mandatory to procure user consent prior to running these cookies on your website.
SAVE & ACCEPT